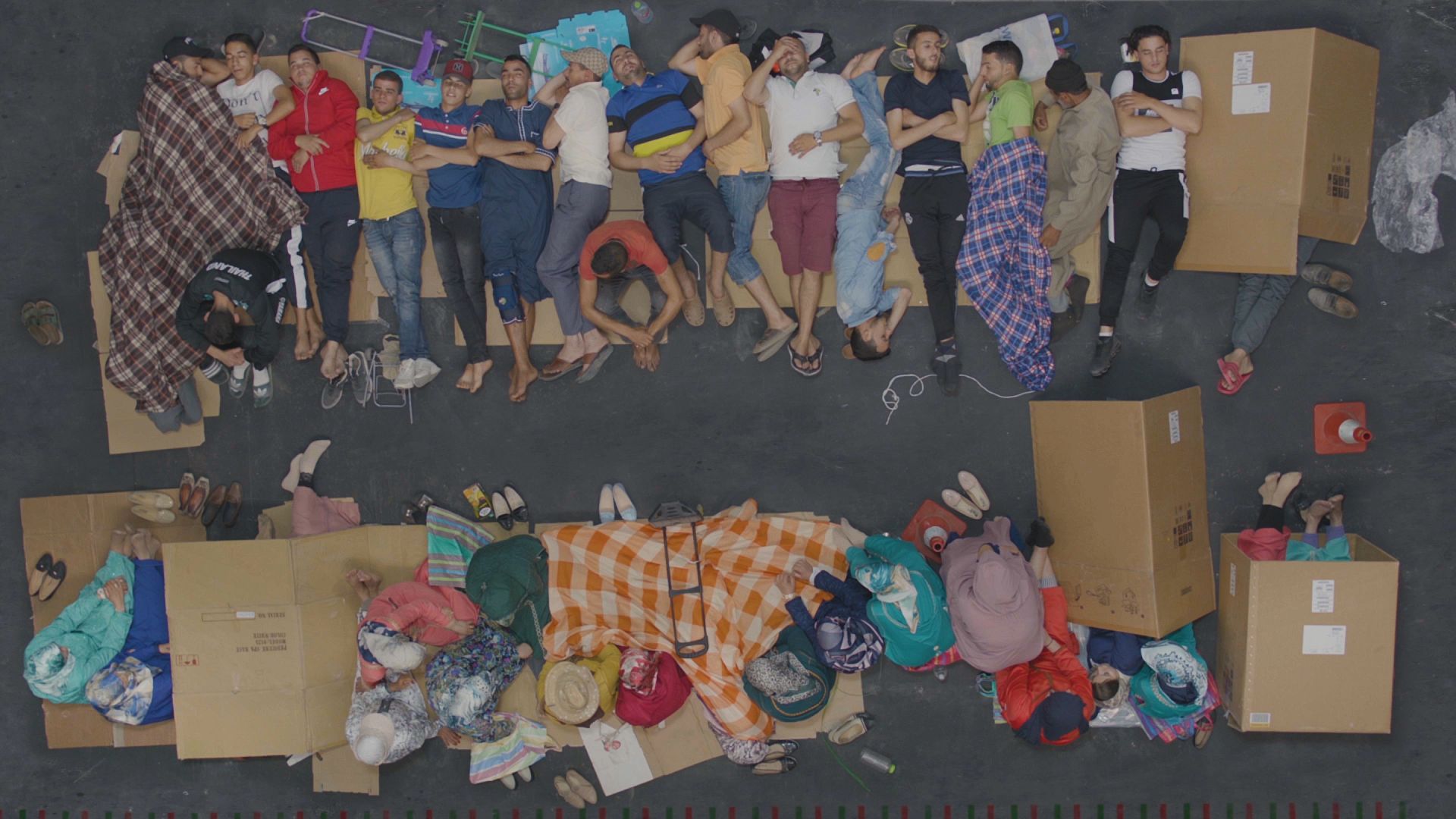 Barney Production
BAB SEBTA is a series of reconstructions of situations observed in Ceuta, a Spanish enclave on Moroccan soil.
This place is the scene of a traffic of manufactured goods and sold at a discount.
Thousands of people work there every day.

Randa Maroufi
Born in 1987 in Casablanca, Morocco.
Graduate of the National Institute of Fine Arts of Tetouan, the School of Fine Arts in Angers (France) and Fresnoy (France).
Randa Maroufi is from this generation that came with the reign of images. It collects them with as much greed as mistrust, and the question of their veracity is continually raised. Her research lies between the reportage, the cinema and the sociological study that she pursues by realizing ambiguous fictions that she puts at the service of the real, and the field of her experiments extends of the occupation of the space public to the question of gender, of which it identifies the mechanisms of construction. His work, which is mainly reflected in photography, video, performance and sound, has been presented at major contemporary art and cinema events such as: La Biennale de Marrakech (2014), Les Rencontres photographiques de Bamako (2015), The Museum of Modern Art in New York (2016), The Dubai Photo Exhibition (2016), Clermont-Ferrand International Film Festival (2016), etc.
His film Le Park has received over twenty awards such as: the ADAGP Digital Art Award - Video Art 2015, the Videonale Award of the Fluentum Collection 2017, the Jury Prize at the 2016 Rotterdam International Film Festival, etc.
In 2018, she is in residence at the Academy of France in Madrid the Casa de Velázquez.
SCREENING 23 - LE FOND DE L'AIR
CINEPLEX DIEPPE 7
21:00
Tickets